On International Women’s Day, I want to honor the women who inspire me to protect our oceans.

I have been in love with the ocean for as long as I can remember. My favorite places as a child were the beautiful beaches of San Diego and the Birch Aquarium. My favorite book was Hungry, Hungry Sharks. I never wanted to stop learning about all the amazing things that live in our oceans. So in fifth grade, when I read about the marine biologist, writer, and conservationist Rachel Carson, I knew I wanted to be like her. 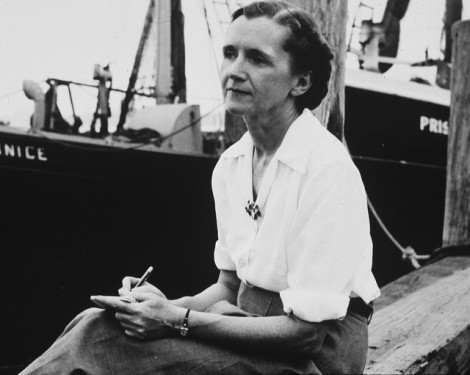 Rachel Carson (1907-1964) wrote Under the Sea Wind, The Sea Around Us, and The Edge of the Sea, critically acclaimed books that beautifully described life in the ocean. When she saw how the pesticide DDT devastated birds and other wildlife, she wrote Silent Spring, a landmark novel that launched the environmental movement. Her work showed people the beauty of the ocean, the interconnectedness of nature, and the dangers of dominating and polluting the environment.

Like Rachel Carson, Sylvia Earle is a marine biologist and author. She is also a lecturer, activist, and ocean explorer. She has lived at an undersea research station for weeks at a time, logged thousands of hours underwater, and built dive suits and submersibles. She has authored over 150 publications, including Sea Change and The World is Blue. She was the first woman to serve as chief scientist of the U.S. National Oceanic and Atmospheric Administration. At age 82, she remains a National Geographic Explorer-in-Residence, advises several organizations, leads expeditions around the world, and advocates for protecting and exploring the ocean as president of the non-profit she founded, Mission Blue. 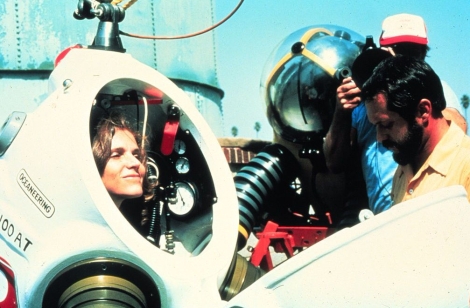 Sylvia Earle preparing to dive in a JIM suit. She set a record for the deepest dive without a tether in this suit in 1979. Photo courtesy of NOAA Photo Library.

These women are true heroes for our oceans: scientists, communicators, and protectors of life on Earth. What women inspire you?

“We need to respect the oceans and take care of them as if our lives depended on it. Because they do.” – Sylvia Earle

One response to “International Women’s Day: Honoring the Women Who Protect Our Oceans”